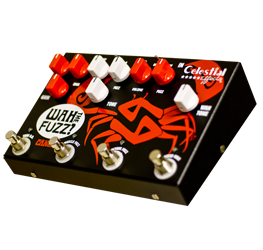 The Celestial Effects Cancer Wah the Fuzz? pedal features four individual effects packaged neatly into one enclosure. Each effect can be used individually of in conjunction with each other or other external pedals. It's like a pre-wired mini pedal board with a fixed signal path internally.

FIXED WAH
First in the signal path is a fixed wah section. This effect is just like keeping your wah ON and not moving the rocker to actually control the tone of the signal. On the front panel, only the WAH TONE control is available but internally, by opening the bottom cover, there are trim pot adjustments for "Q", GAIN, INPUT IMPEDANCE and MIDS CUT. There is also a jumper block selection available to select one of four center frequencies for the WAH TONE control.

OCTAVE FUZZ
Next in the signal path is an analog octave fuzz based on the Octavia design. Controls are FUZZ, VOLUME and a switch to turn the octave feature ON and OFF. With the octave OFF, this fuzz is a great alternative to a fuzz face type effect. It can go from mild to wild and cleans up nicely when your guitar volume is rolled back.

MUSCLE FUZZ
The muscle fuzz section is next in line and started life based on a Ram's Head design but that quickly changed! The tone section was re-vamped and also a clean gain stage was added after the tone section to compensate for the signal loss after it passes through the tone section. This allows you retain that great Ram's Head throaty tone BUT it's not a "muff-led" as in previous models available. Also added was a tone circuit selection switch which turns this little monster into a different animal all together. Controls are FUZZ, VOLUME and TONE and a switch to select Tone circuit.

REAL TUBE OVERDRIVE
Last in the chain is a real tube overdrive section. The tube is nestled in the effect cavity and easily accessible and changed out by removing the bottom cover. It will ship with a JJ Tesla 12AX7 but feel free to experiment with different New and NOS tubes. 12AU7 or 12AT7 versions will work as well. To drive the tube, a stripped down, non-clipping version of the venerable Taurus circuit is present with GAIN, VOLUME and EDGE controls. The tube runs of 9 VDC which in theory should make it last forever, unless you physically break it of course. This section coupled with the fixed wah section conjures up great "Boston's First Album" type tones.

This pedal is a monster and can go from lean to mean with the various combinations. Limitless combinations of tones are available.

Celestial Effects recommends the use of a HIGH QUALITY 9 VDC regulated power adapter with the Cancer Wah the Fuzz? pedal like the Carl Martin Powerjack 9VDC power supply or similar. This power supply is capable of providing 1000 mA of power and is noise free. The more the capacity of the power supply, the less chance of noise and hum due to a power supply being pushed to its current capability limits.

All Celestial Effects pedals are hand built and individually hand tested in Hudson, MA by a company that cares about quality, durability and value. We back all our products with our 30 DAY NO QUESTIONS ASKED MONEY BACK GUARANTEE

View and download the Wah the Fuzz? User Manual 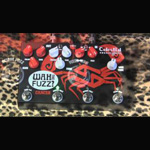 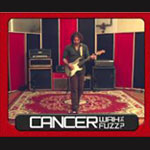 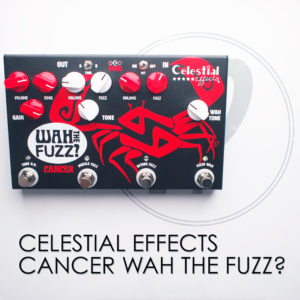 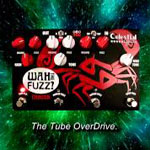 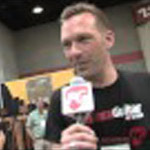 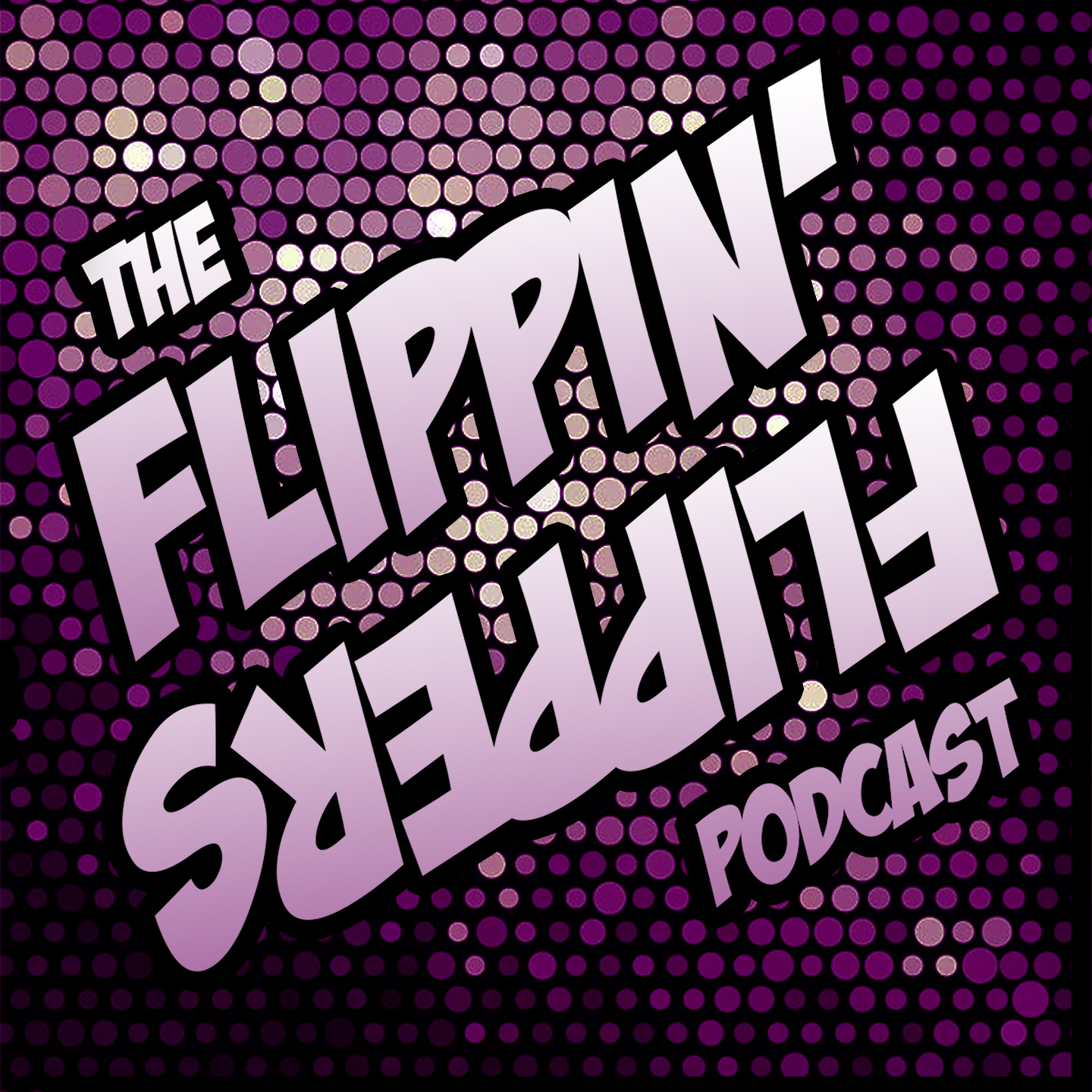 "Ive been playing the Cancer Wah the Fuzz? alot! It's actually a problem, because I'm not getting my work done. haha..."
"Randy Parsons - Parsons Guitars"

"Quite honestly, it's one of the best fuzzes I've ever heard."
"Alex Maiolo - Premier Guitar"

"I have my verdict after a little more testing haha. This is officially one of the NASTIEST fuzz pedals ever made.
The muscle fuzz is so thick and gritty in the best possible way. I've been ripping J Mascis licks through it nonstop
since I got it. I think my favorite part is the octa fuzz though- when you turn the octaver off it's super beefy,
I love it for leads. I've been using it stacked with different combinations of the Scorpio and an Ibanez TS-9,
it reacts really well to being combined with other tones. Same goes for the Tube OD. The OD can really nail some
classic tones too, I've already used it for Mike Campbell, Derek Trucks, Dave Grohl...the possibilities really
are endless."
"Anthony Santoro- Novation"

"WOW. This pedal sounds MONOLITHIC. It turns even the smallest speakers into an army of brutally overdriven 4x12 cabs...
and don't even get me started on what it does when it actually gets to push some air. Honestly, this pedal has shaped my
playing style so much and inspired new sides of me as a player I never knew existed... that probably sounds like
hyperbolic BS, but I really mean it."
"Mitch Therieau - Bosco"

"I have this pedal. It is a great pedal, made by a great company. The OD has a 12ax7 tube in it which is very cool. The fixed wah gives you that Boston sorta sound, has the same wah circuit in it as my actual wah pedal that was custom made for me. I have used it in some Santana sorta jams. My favorite part i think maybe the octave fuzz with the octave switch off."
"Jeff Beck - "

"This is the ONE pedal that will take you from Gilmour to Schenker, from Tom Scholz to Eric Johnson. OH, and an ocatve fuzz? Yep Hendrix in there as well!!"
"Gio da Silva - Houston, TX"

"This pedal is awesome, the fixed wah works great and has a killer curve to it, this effect in line with any of the other 3 creates some amazing tones and sounds! the over drive with the 12ax7 tube is pure power with a tone that rivals the old tube screamer pedals. The muscle fuzz is just that, pure muscle with an a/b switch that allows you to have 2 different tones with one setting, eternal! The octave fuzz is so Kool, kinda has an old shcool darkened 70's vibe to it, (I love all things dark haha!), 1nagada da vita style, really Kool effect with a switch off for that section to use the fuzz alone. Any of these effects can be combined to create whatever your looking for within your minds eye! I love this pedal, I love the people behind them, and I love being a part of their celestial family and having the privilage to use these amazing pedals! If you don't use celestial effects,... Your missin out!"
"Nikki Sinn - V"

"I love mine to death. The muscle fuzz is very ram's head-esque (think J Mascis), and the tube OD is super fat. I really dig the octave fuzz sans-octave too, it becomes more of a very punchy distortion without being harsh. Any fuzz heads out there will love it!"
"Anthony Santoro- Novation"

"Celestial effects is one of the few companies striving to pave a new path for tone freaks to follow. I've had the chance to dive into this pedal and anyone who is a true tone lover will certainly be entertained"
"Ryan Kelly - Ryan Brooks Kelly Band"

"This is an absolute swiss army knife of a pedal. I may never need another fuzz again. The muscle fuzz gives you a HUGE lead tone, and the a/b switch takes you from smooth and syrupy to crunchy and ratty. particularly with the fixed wah engaged, it cuts through a live mix better than any other muff variant I've heard. The octave fuzz is great too -- I use it to push the tube OD (which, by the way, is huge sounding with tons of detail, especially pushing a barely-clean AC30) or muscle fuzz when I need it to scream. Definitely worth checking out"
"Mitch Therieau - Bosco"

"The wah the fuzz inspires with great drive tones! Combining offers thunderous amounts of power but for me, each section stands on its own as a high quality, cool boutique device. The fixed wah is great for getting a filtered tone...very Micheal Schenker! I love it!"
"Gino Caira - Working Man Band"

"I'm loving the tone qualities and the versatility that this pedal gives! Very happy to have this as part of my rig. Thanks again Celestial effects!"
"Sitara Kanhai"

"I already got my Wah the Fuzz? and plugged it in. I forgot there was a real tube in the Tube O.D. and thought I might have gotten a bad unit when no sound came out. Then the tube warmed up and it started singing... and I think I got a little hard. This pedal is so hot it might hurt my marriage"
"Mo Gotto"

"I use this pedal so much, I'm afraid I'm going to wear a hole in my shoes."
"John Kelley - Old Bottle Black"

Proudly Manufactured in the USA

Celestial Effects® is a new dimension of Thermalogic Corporation®